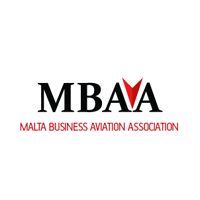 The MBAA is growing. In order to assist with our growth we asked our members to submit an expression of interest to be members on the board.

We have received six candidatures.

These candidates (in alphabetical order) are:

Katrina graduated Doctor of Laws from the University of Malta in 2013, having submitted a thesis entitled ‘Global Transparency and the Foreign Account Tax Compliance Act’. She was called to the bar in 2014.

Katrina joined the firm GVZH as an associate in September 2015. Her main areas of focus are maritime law and aviation law. Over the years, Katrina has advised on a number of yacht sale and purchase transactions, as well as ownership structures, VAT, importation and registration matters.

Born in Perugia, Umbria Italy, Filippo has a background of classical studies including latin, ancient Greek language, philosophy and art. Graduated in Law at University of Perugia and qualified as an expert in “international contract law and negotiation” for national and international small and medium business enterprises.

Filippo currently is an Associate with DF Advocates, wherein he specialises in corporate commercial law, gaming and technology law and aviation.

Filippo stepped into the aviation scene around five years ago and has steadily grown as an industry expert. He frequently advices and assists clients on a multitude of complex transactions relating to the business aviation industry.

Adnan holds a PhD in Business Law, he is Business Builder, Author, Passionate about Negotiation and Persuasion, an Airline and Aviation Industries Expert. He is the CEO of iJet since 2014, the year he founded it. iJET is a new provider of international trip planning and flight support services to aircraft operators around the world.  iJet has offices in Dubai and Turkey, and Malta besides a global network of relationship with CAAs, ground handlers and airports around the world.

Adnan is a member of the MBAA and was previously representing a founding member of African Business Aviation Association (AfBAA).

Stanley Bugeja has been serving on the Board of governors of the EBAA since 2010.

Stanley has occupied various positions in the Maltese and European aviation industry since 1990. He left Mediterranean Aviation Co. Ltd in 2002 as Assistant Operations Manager. That same year he setup Sierra Aviation Co. Ltd. as owner and CEO of the Island’s first dedicated business aviation aircraft handling company, building an aircraft charter brokerage base out of Malta.

Between 2007 and 2008 he occupied the position of Managing Director for CharterX Wyvern Europe. At the time CharterX was the leading platform for online business jet charter trading worldwide.

He is currently Managing Director of DC Aviation (Malta) Ltd., a subsidiary of DC Aviation GmbH (a merger between ex Daimler Chrysler Aviation and Cirrus Aviation). In October 2015 been appointed Managing Director of Distinct Crew Management, a crew leasing company operating out of Malta. Together with Adrian Spiteri and Dr Tonio Fenech, Stanley Bugeja founded the Malta Business Aviation Association (MBAA) in October 2009. Stanley Bugeja has been serving as President of the MBAA ever since.

In an aviation career spanning 37 years, Adrian has occupied senior management positions, in AOC organisations and Part 145 Approved Aircraft Maintenance Organisations  As part of on-going consultancy contracts he currently holds the position of Safety Compliance and Security with a worldwide AOC holder. In addition as a part owner of BizAv services he has been responsible for project management and technical consultancy for various AOC and aircraft registration applicants in Malta and is a founder member of the Maltese Business Aviation Association (MBAA.)

He worked for Carpatair and Hyperion Aviation, and now is accountable manager and CEO at Emperor Aviation since 2016.

This website uses cookies to improve your experience while you navigate through the website. Out of these, the cookies that are categorized as necessary are stored on your browser as they are essential for the working of basic functionalities of the website. We also use third-party cookies that help us analyze and understand how you use this website. These cookies will be stored in your browser only with your consent. You also have the option to opt-out of these cookies. But opting out of some of these cookies may affect your browsing experience.
Necessary Always Enabled
Necessary cookies are absolutely essential for the website to function properly. This category only includes cookies that ensures basic functionalities and security features of the website. These cookies do not store any personal information.
Non-necessary
Any cookies that may not be particularly necessary for the website to function and is used specifically to collect user personal data via analytics, ads, other embedded contents are termed as non-necessary cookies. It is mandatory to procure user consent prior to running these cookies on your website.
SAVE & ACCEPT